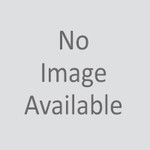 Mr. Jean-Louis Vanderstraeten is currently Advisor to the Chairman of Fabrique Nationale (FN) and Browning Group (http://www.herstalgroup.be/fr/12/Le-Groupe ); a Belgian corporation, and the Executive Director of the French-American Chamber of Commerce of the Carolinas.

Prior to his current position he served as the President & CEO of FN Manufacturing, LLC from 1998 to 2014 in Columbia SC, Vice President and CFO of both FNMI and U.S. Repeating Arms Company (USRAC), an affiliate company to the Browning, Inc organization, which traded as Winchester Rifles and Shotguns in New Haven, Connecticut. FN Manufacturing, LLC is a subsidiary of FN Herstal in Liege, Belgium. FN Manufacturing, LLC is one of the largest small arms producer for the U.S. Military and Law Enforcement providing 70% of Small Arms (M240, M249 and M16) in use by the US military.

In 1996, he moved to Hong Kong for an 18 month assignment as CFO of the Asia Pacific Division of SAIT-Radio Holland, SA; a company servicing and trading in navigation and communication systems.

Mr. Vanderstraeten has been associated with the FN Herstal Group for over 38 years. He has an extensive financial background and has held management positions for the corporation in Belgium, Nigeria, Hong Kong and the United States. He holds a Financial Degree from Chambre Belge Des Experts Comptables in Liege, Belgium.

Mr. Vanderstraeten lives in Columbia, South Carolina with his wife and three children.